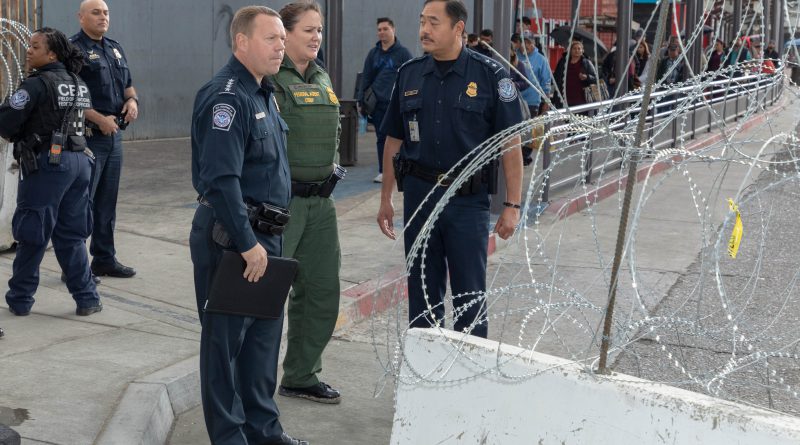 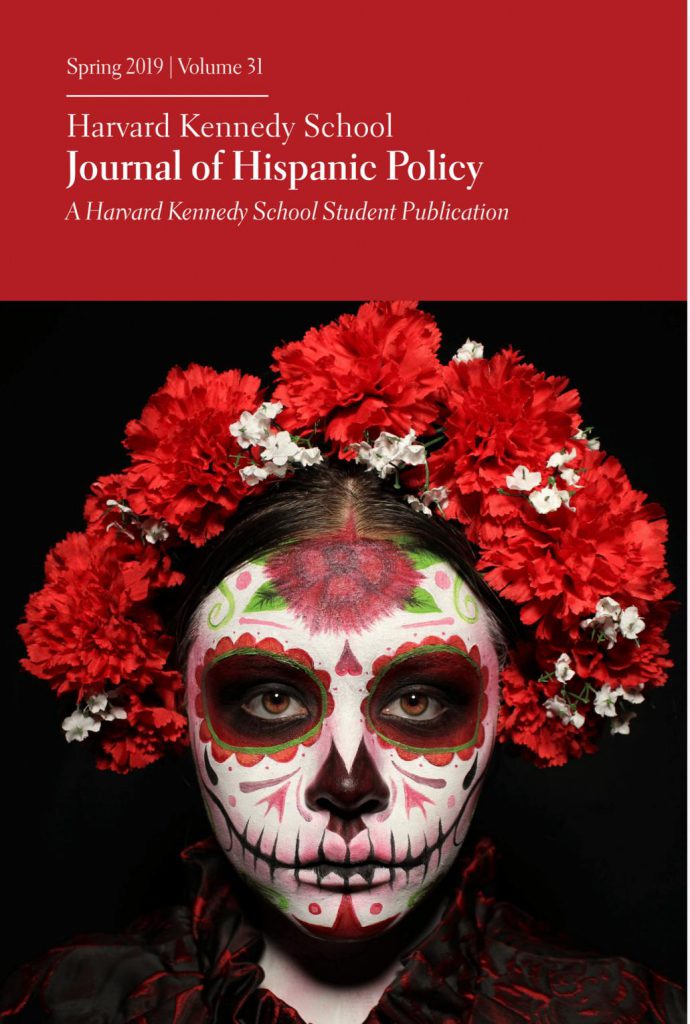 As part of the release of Volume 31 of the Harvard Kennedy School Journal of Hispanic Policy (order here!) we are going to be previewing some of the articles of the print edition on our digital platform.

In 2018, our country was witness to screams and tears of children, separated from their parents, packed into cages (up to 20 in each) forced to sleep on the cold concrete floors and subject to abuse. Some children even died. We also witnessed 7,000 Central Americans march toward the U.S. border demanding justice and reparations but were met with bullets and tear gas by the very country which caused their displacement. While Trump’s actions against immigrants have been overwhelming, they are not new. Rather, they stem from the toxic cycle of tough-on-immigration policies built across multiple administrations. This cycle uses state-sanctioned violence such as military force, caging, and policing to separate families and control displaced people around the world as an ordinary practice to maintain a system of subordination to divide social and political mobility on a global hierarchy by race, class, gender, sexuality, citizenship status, and other aspects of our identities.

The tough-on-immigration toxic cycle, a global phenomenon that begins with the false—but powerfully persuasive—dehumanizing narrative that “illegal (criminal) aliens,” particularly from non-European “shithole” countries, are invaders threatening the economic, social, moral, and political interests of the country’s citizens. Once designated as threats and undesired populations, immigrants are systematically linked to criminality to legitimize their subordination via prisons, ICE arrests, and public segregation.  Throughout this entire process, corporate shareholders, politicians, and social elites reap massive benefits from investing in this tough-on-immigration system which punishes and removes the “criminal alien.” This cycle has its roots in the 1790’s when the U.S., as a white-settler colonial power, constructed a society to only uplift those designated as citizens — Free white persons— by exploiting non-white people. Since then, all immigration policies, provided by both Republicans and Democrats, have been framed within the tough-on-immigration paradigm which minimally give protections to “deserving” immigrants  (e.g. DACA) while punishing an expanding number of immigrants designated as “criminal aliens” for more non-violent acts like DUI’s and drug possession.

Congress created this system but Congress, pressured by national grassroots effort, also has  the power to bestow immigrants with as many social, political, and legal rights as it desires. Congress can abolish the current immigration regime and instead create an alternative reparative immigration system guided by those most directly impacted and organizations working to uplift those voices.

As many organizers and immigrants argue, a new paradigm must abolish the deserving–undeserving binary and fully defend the “criminal alien.” A reparative immigration system must first abolish politically and economically constructed borders, provide reparations, and guarantee the freedom of movement of all people with universal human, labor, legal, civil, and political rights. It must guarantee laborers across the world  the right to collectively bargain and own means of their own production in order to self-determine their life as they best see fit. The new paradigm must abolish the use of caging (i.e. prisons) and recognize that holding people accountable for their harmful actions and subjecting them to human caging them is not the same. It’s also a paradigm which does not militarize the border, force people to traverse violent paths, but that rather creates humane physical pathways of migration supported by humanitarian aid, health services, and legal services. Finally, the new paradigm entirely abolishes the caste system created by the legal and political construct of citizenship which alienates non-citizens from basic human rights of life, liberty, and pursuit of happiness as well as basic legal, political, and labor rights—calling into question the current form of American democracy.

Felipe is a second-year law student at Harvard Law School. He is originally from Paramount, CA. As a first-gen xicano, he completed a double BA in Political Science and Music Performance from UC Irvine. In post-grad, he worked as a Fulbright scholar in Colombia, legislative aid in the CA State Senate, and obtained dual Master degrees in Education from the University of Bristol and in Evidence-Based Social Intervention and Policy Evaluation from the University of Oxford, both as a Marshall Scholar.  At HLS Felipe is also a member of the Harvard Legal Aid Bureau, Harvard Defenders, Harvard Immigration Project, Harvard BlackLetter Law Journal, and Harvard Civil Rights and Civil Liberties Review. Felipe is interested in prison & police abolition and dismantling the crimmigration system through social movement building and community lawyering.