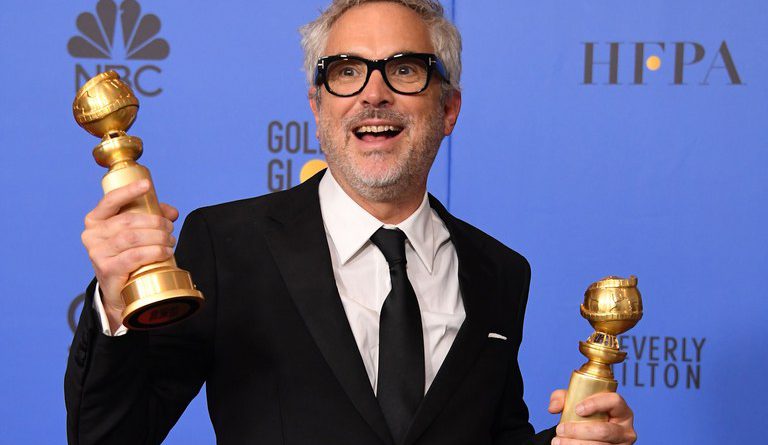 By Herb Scannell
This article was originally posted on AdWeek.

Diversity has become a watchword in Hollywood—just look at this year’s Emmy’s, which was touted as the “most diverse award show” in years despite the lack of Latino representation in any major award category.

Whether you’re celebrating how far Hollywood has come in representing diverse voices or lamenting how far it still has to go, and I firmly believe you can do both at once, one fact remains indisputable. The Latino community is still almost completely shut out of Hollywood, both in front of and behind the camera.

Latinos only represent 5.8 percent of speaking roles in media despite the fact that we over-index as frequent moviegoers. In fact, a 2015 study showed that relatively diverse films enjoyed the highest median global box office receipts and the highest median return on investment. Latinos also account for half of all population growth since 2000, and in 2015, Latinos produce $2.13 trillion in GDP in the U.S.We’re also prominent players in the entrepreneurial community. Between 2007 and 2012, the number of Latino-owned businesses grew by 46.9 percent compared to just 0.7 percent for non-Latino-owned businesses. We are at the heart of economic opportunity in America and are fueling a significant portion of the growth of small businesses.

Young Latinos represent a massive audience with tremendous spending power, and they want to see themselves represented on screen. As long as Latino creators aren’t able to tell their stories and get roles that matter in Hollywood, they will be shut out of awards shows, but more importantly, our voices will be excluded from a national conversation that badly needs our perspectives. It’s a massive opportunity, for creators and for all of us.

How does Hollywood go about authentically representing the Latino community? Consider these four factors:

There’s a myth that leading Latino characters alienate white audiences, but Latino artists have proven this wrong time and time again thanks to Broadway juggernauts like Hamilton to this summer’s inescapable hit Despacito, which recently became the all-time most watched music video on YouTube with more than 4 billion views.

The Latino community is still almost completely shut out of Hollywood, both in front of and behind the camera.

We’ve come far from the days when Latinos were only represented as apron-wearing maids or sombrero-sporting banditos with thick accents. We represent so much more than these tired stereotypes, and we deserve to be portrayed in all of our complex, nuanced, diverse ranges of characters and experiences.

Hollywood has a golden opportunity to give voice and representation to more Latino artists and their stories. During my years at Nickelodeon, I saw first hand what happens when Latinos see their stories being told authentically in media. They’ll embrace the brand, product, TV show or movie with open arms. Dora the Explorer became one of the most beloved and successful franchises at Nickelodeon including two spinoffs and $1 billion-plus in licensing retail sales. Represent us authentically as you tell our stories and you’ll open the door to a multibillion-dollar economic opportunity.

Latinos are the key to reaching all American youth

Latino youth are positioned to become the leaders of mainstream American culture and Hollywood should relish the opportunity. Approximately 60 percent of Latinos in the U.S. are under 35 and 42 percent of all millennials are Latino.

Today, nearly half of all young people in the country are not white. Additionally, Latino youths are the most-minded generation in U.S. history toward multicultural issues, such as interracial dating. On social platforms, they tend to share four times more than their peers and have the most diverse networks of friends, making them super influencers. If you can connect with Latino youth, you can connect with all American youth.

Look Beyond the TV Set

Latinos over-index on mobile usage, data consumption and social media. More than 80 percent of Latinos access the internet on a cell phone, tablet or other mobile device, at least occasionally. They average more than eight hours watching online video each month—over 90 minutes longer than the U.S. average.

They’re also heavy users of video and chat platforms such as WhatsApp, Snapchat and YouTube. Studies show that 33 percent of Latino consumers aged 18-24 are significantly more likely than their non-Latinos peers (21 percent) to tweet, like, share or follow a brand on social media.

Hollywood has a golden opportunity to give voice and representation to the Latino community, a burgeoning powerhouse that is becoming the new mainstream in America. If not now, then when?

Herb Scannell (@herbscannell) is the CEO of mitú, the leading Latino Digital Network. He’s also a board member of the Latino Donor Collaborative (LDC), a nonprofit organization dedicated to reshaping the perception of Latinos in America.