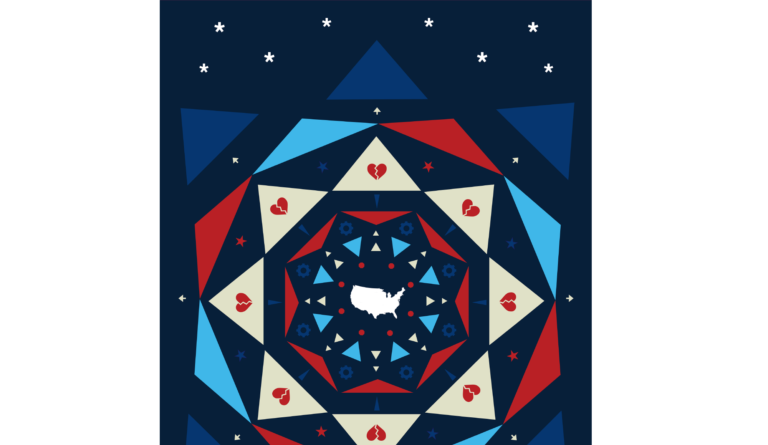 About the Piece: America Must Be Kept America – 2015

Commissioned by Smithsonian Asian Pacific Center and inspired by the immigration act of 1924. During that time, Congress had set quotas for who could enter our country, fast forward to the 21st century and we now have deportation quotas. America Must Be Kept America was featured at Smithsonian Arts and Industries Building during the CrossLines: A Culture Lab on Intersectionality exhibition in Washington D.C.

Steve Alfaro is the son of Immigrant parents from Guatemala. A graphic artist and also a Senior Advisor at Voto Latino. As an art student, he interned as a motion graphics designer at LaTV, a bilingual music, and entertainment network. Steve went on to work at SiTV (now Fuse), a leading cable channel for bicultural Latinos, where Steve helped develop brand identities for reality shows such as Model Latina. In 2008 he moved to Washington, DC to join Voto Latino. He oversaw the design of Voto Latino’s award-winning initiatives from 2008 – 2015. His social media designs have gone viral multiple of times, and his work has garnered awards and recognitions including a Webby Honoree Award, and a MySpace Impact Award for Online Organizing. In 2015 Steve was invited to speak at the Millennial Impact Conference hosted by Achieve at the Museum of Contemporary Art in Chicago with Amy and Jennifer Hood from Hoodzpah Design Company. Steve continues to do his art and has displayed his work at multiple art exhibits across the country including Manifest Hope in Washington DC, Re:form School in New York, Manifest Equality & Manifest Justice in Los Angeles and the CrossLines exhibit at the Smithsonian Arts and Industries Building in Washington D.C.