Home > Blog > What will it take to awaken the sleeping giant? Latino Issues in the 2016 Presidential Election 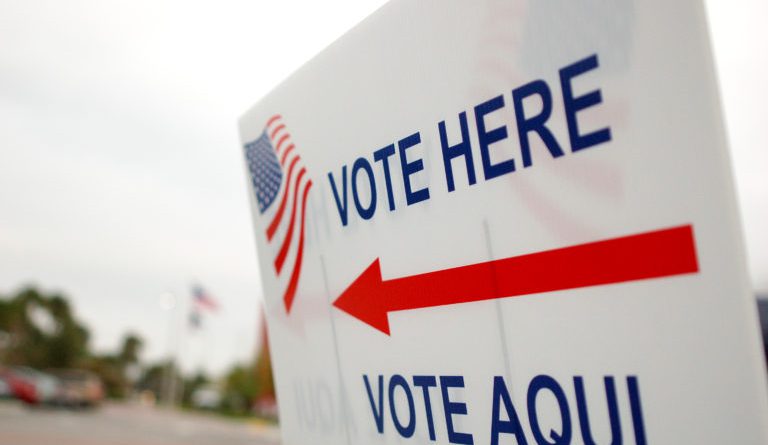 In 2012, a record 11.2 million Latinos voted in the presidential election. Despite the record turnout, another 12.1 million eligible Latinos still chose not to vote. The 48% voter turnout rate amongst Latinos is no small feat, but it paled in comparison to the 66.6% voter turnout rate of Blacks and the 64.1% of Whites.[i] The low overall Latino voter turnout continues to be a concern addressed by Latino advocacy groups, while simultaneously representing a tremendous opportunity for political campaigns as untapped source of voters. In this piece we intend to reflect on the lack of participation of those 12.1 million non-voting Latinos, the annual 800,000 newly eligible Latinos born in the United States that come of voting age, and issue(s) that motivate them to vote.[ii]

Is there a Latino Voting Bloc?

There has been much debate on whether there is a true Latino voting bloc. The Latino community is as varied in terms of nationality, race, and tenure in the U.S. as it is large. The term Latino itself is a large umbrella term that is used to describe these varied groups. Recent arrivals from Central America, Cuban exiles, Puerto Rican Citizens, and Mexican Ancestry individuals in the Southwest are all included in the term Latino. An examination of the variation in voter turnout between subgroups of Latinos suggests there is not a single Latino voting bloc. Latinos of Cuban descent had the highest voter turnout in 2012 at 67.2%, followed by those of Central or South American descent (57.1%), those with other Spanish origins (53.7%), Puerto Rican origin (52.8%) and with the lowest turnout rate, those of Mexican descent with 42.2%.[iii]

Despite this variability in voter turnout amongst Latino subgroups, the actions of state legislatures treat all Latinos as a single voting bloc when creating congressional districts after each census. As we see on many occasions whether voters are of Mexican descent in the Southwest, Cuban descent in southern Florida, or Puerto Ricans in New York, legislatures in many key electoral states continue to gerrymander these voters into majority minority districts. Many Latino advocates and political strategists have lamented the gerrymandering of large Latino populations believing that the concentration of majority minority districts tends to discourage voter turnout. This assumption may be based on the belief that voters feel the “one man one vote” principle has been diluted and thus the rest of the voters in their district will vote the will of the majority. But as Barreto, Segura, Woods research has shown this belief may not be accurate. Evidence from their research shows the opposite is true and that majority minority districts actually encourage higher voter turnout.[iv]

Research has shown that majority minority voter districts tend to have higher voter turnouts than other districts. We also see a steady increase in gerrymandered Latino majority districts across key swing states. Therefore it appears a Latino voting block is emerging. How might a presidential candidate rally this emerging voting bloc’s support?

Despite the broad cultural landscape and the breadth of their voting habits, voting and nonvoting Latinos share several demographic characteristics that can help predict, and perhaps influence, voter turnout.

Educational Attainment Level appears to be the demographic characteristic amongst Latinos with the highest effect on voter turnout. While 70% of Latinos with college degrees turned out in 2012, those with a high school diploma (39.4%) or less (35.5%) cast their ballots at a lower rate. The next most predictive demographic characteristic for voter turnout was Income Level with 66% of non voters making an annual family income less than $50,000, and finally Employment Status with 35% not actively in the labor force.[v]

In addition to predicting voter turnout amongst Latinos, demographics can also help show what issues affect the daily lives of Latinos. The Latino community experiences a wide range of demographic disparities when compared with the remaining American populace. Research shows that many Latinos struggle to find affordable housing, obtain a good education, maintain a comfortable quality of life, and avoid crime and violence. Latinos experiences living with these disparities can shape their political agendas.[vi]

Many of the Latino communities gerrymandered into majority-minority districts are affected by environmental injustice at higher rates than the remaining population. Latinos in these districts tend to experience poor air quality, poor water quality, and are often in close proximity to hazardous waste sites or superfund sites.

Access to healthcare and food security are also difficult issues facing these Latino communities. Not surprisingly health disparities also exist within Latino communities. When compared to non-Latino whites, Latinos experience higher rates of obesity, diabetes, cervical cancer, liver disease, HIV and tuberculosis to name a few. This is clearly not an exhaustive list, but it is important to identify the wide range of cultural and socio-economical issues that affect the daily lives of Latinos.

Latinos tend to vote with group consciousness.[vii] Group consciousness is a multi-dimensional concept developed when members of a group recognize their status as being part of a deprived group.[viii] The issue of immigration is an excellent example. Though many Latino voters are not directly affected by the worries of their immigration status they see immigration as an important issue affecting their community and in some cases their family. Latino voters must be American citizens in order to be eligible to vote. Yet immigration is one issue among many political issues that directly affect Latinos and often in higher impact than White and Black populations. Not only do these communities maintain an often empathetic connection to new immigrants, but they may have friends or family members for whom the struggles of immigration, whether legal or not, are real and complex. Some Latino voters may be immigrants themselves who completed the naturalization process. Immigration remains a key issue around which Latinos identify their group consciousness. But to say that Latinos regard immigration as their primary concern would be inaccurate.

This primary season has yet to recognize Latino voters as the large voting blocs (though not homogenous ones) that they are and has not significantly attempted to awaken the dormant 52% of eligible Latino voters who did not vote in the 2012 election.[ix] Although we recognize the Latino community has leaned predominantly left in their politics, as stated in de la Garza and Cortina, any candidate that would promote the needs of these communities could garner the Latino vote.[x] The 2014 Latino Victory Project survey showed that 37% percent of Latino voters chose to vote because they wanted to “support and represent” the Latino community. This was compared to 34% saying they wanted to support the Democratic candidate and 16% percent saying they wanted to support the Republican candidate. Latinos are waiting to be engaged on issues important to their daily lives, more so than to be seen as a bloc to be swayed along party lines.[xi]

Furthermore, research shows that within the Latino cultural umbrella, there lies diverse political views amongst eligible voters influenced by their level of acculturation within the United States and generational representation. Latinos are a politically accessible community, yet the primary season has yet to discover them. It appears that Latinos may not be discovered until their vote is relevant for electing a president and not party candidates.

It is not our intention to antagonize any particular candidate, but rather to address the efforts made by all who have declared their presidential bid and at least participated in their party’s presidential debates. There was difficulty obtaining a response from each of the five initial Democratic candidates and all initial thirteen Republican regarding our interest in their outreach towards Latinos. We were only able to be reach the Latino Outreach Coordinators from two campaigns.

A review of the platforms and websites of all the candidates reveals little to no direct outreach to Latinos. On their face, two thirds of the candidates’ sites lack the capacity to translate text to Spanish and within the candidate’s stores products in Spanish or targeting Latinos are practically non-existent. While we recognize that the concerns of the Latino community are shared by other segments of the American electorate, directly addressing how these concerns impact the Latino community is a lost opportunity to influence Latino voter turnout.

There are several national Latino advocacy groups working in and with the Latino community. No one group can claim to speak for an entire ethnic group, but taking a look at the work done by these groups to shape their agendas and inform their advocacy can provide us with a high level view of issues important to the members of the group. Again we can tap into the “group consciousness” perspective and see that issues affecting the daily lives of Latinos themselves as well as their friends and families rise to the top in terms of importance.

Several of these Latino Advocacy groups were contacted for this paper. Each made clear they were non-partisan and did not endorse any party or candidate. The organizations also made it clear they work on issues their members have identified as important. A quick review of some of the groups’ websites reveals an organized issue platform for the majority of the groups. Immigration appears on each of the sites reviewed as an important issue, but consistently immigration was only one of several other issues. Many of these groups were originally formed around issues ranging from civil rights, to voter participation, to economic empowerment long before immigration became a hot button issue and continue working on those same issues today.

The League of United Latin American Citizens (LULAC) is one of the oldest and largest Latino Advocacy groups in the United States. LULAC as a part of their advocacy puts out a National Policy Platform. In their latest Platform posted on their website immigration was only one of 23 issues addressed by the group. The National Council of La Raza (NCLR) is another large and experienced Latino Advocacy group. NCLR like the other groups reviewed say their policy agendas are shaped by their members and affiliates. In their 2015 agenda entitled “Investing in our future: A Latino Policy Agenda for the 114th Congress” NCLR used 3 pages of their 30 page agenda to address immigration. Other issues such as Civil Rights and Criminal Justice and Health and Wellness each got 5 pages.

What suggestions might we make to presidential candidates in 2016? While thinking of the 2014 election a Latino Victory Project Poll found that, excluding immigration, Latinos felt that the most important issues facing the Latino community that politicians should address included (1) creating more jobs and fixing the economy, (2) education reform, and (3) healthcare and Medicaid expansion, with a notable less mentioned concern regarding race relations and discrimination against Latinos.

Christopher earned his Bachelor of Arts from Virginia Commonwealth University in Philosophy with minors in Religious Studies and English, and his Juris Doctorate and Master of Science in Telecommunications and Network Management from Syracuse University.

He has published and presented his research in the fields of business ethics, business law, corporate social responsibility and sustainability throughout the United States and internationally. In the classroom, Christopher is committed to developing effective and innovative teaching methods, to help students improve performance and critical thinking skills.

Victor Garza is the Director of Business Retention and Expansion at the Greater San Marcos Partnership in San Marcos, Texas. He is responsible for ensuring regional businesses have access to the resources they need and provides the assistance for navigating the obstacles towards growth.

Prior to joining GSMP, Victor was the Executive Director of the Refugio County Community Development Foundation where he was responsible for all the economic development work for the entire Refugio County region.  He has previously served as a Policy Fellow with the National Sustainable Agriculture Coalition and as a Regional Coordinator with the National Community Reinvestment Coalition in Washington, D.C.

Victor earned Bachelors Degrees in Political Science and Criminal Justice from the University of Texas San Antonio and a Jurist Doctorate Degree from the Syracuse University College of Law.