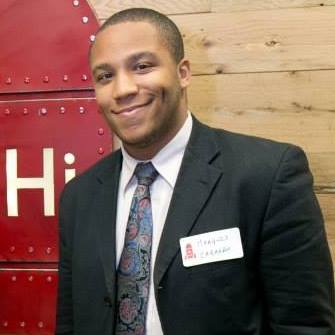 According to CNN Money, in 2014, 64,000 residents left Puerto Rico. That’s more than double the rate in 2010, according to the Pew Research Center. Puerto Ricans are heading to Texas or Florida to find jobs because the island is on the verge of fiscal default unless the US government intervenes. Until issues are resolved with creditors, which could take years, the population is likely to continue to shrink. As a concerned Puerto Rican-American, I attended the Puerto Rico Global Initiative New York City launch event to figure out ways to become involved in initiatives that help Puerto Rico. The event’s speaker, Co-Founder & Managing Director of the non-profit ConPRMetidos, Miguel A. Columna, is inspiring an economic paradigm shift in Puerto Rico.

ConPRmetidos is a millennial-led non-profit focused on fostering innovative public-private partnerships that advance the economic development of Puerto Rico. The non-profit recently launched Puerto Rico Global,  “a network of professionals, investors, entrepreneurs, and students around the world working together to build a more prosperous and competitive Puerto Rico by collaborating to access new business opportunities, sharing knowledge, and unlocking career connections.” The motivation for Puerto Rico Global stemmed from ChileGlobal, ConnectIreland, and GlobalScot. These are global platforms that connect citizens interested in improving their country through the Internet.

Columna, who is also a Global Shaper at the World Economic Forum, identified the Indian-American Diaspora, a thriving Indian community in the US, as his inspiration for creating Puerto Rico Global. In collaboration with the White House, the Indian-Amercian Diaspora developed a new fund to channel investment to areas in India that need economic development. It was done in an effort to create, strengthen, and improve economic relations by leveraging The Foreign Investment Act to change the landscape of venture capital regulation and flow between the US and India. This Diaspora served as Columna’s inspiration to ameliorate Puerto Rico’s economic woes by driving both social and financial capital to the island.

According to Columna, “The [PuertoRicoGlobal.org] platform came about as a solution to transform Puerto Rico’s ‘brain drain’ into a ‘brain circulation.’ The well-known economic crisis in Puerto Rico is causing a massive exodus of talented professionals but the platform allows them to remain engaged with the Island’s development by sharing their knowledge and connections. . .Because we know [how] critical human capital is in a knowledge-based economy, we simplify and facilitate the engagement of talented Puerto Ricans abroad with their peers at home by providing tools, technology, and events to support the island’s economic development.”

Puerto Rico’s Secretary of Economic Development & Commerce, Alberto Bacó, visited New York City to support the launch of Puerto Rico Global. “[PuertoRico Global.org is] an online matching platform (think, eHarmony or Match.com) that allows members of the community to create Tasks (e.g. get help finding connections in a new market for a product, get investors for a start-up, get help with a sales pitch from a seasoned sales executive, etc.) and match and start talking to relevant people in the community that can help them with their Tasks – – similarly people can offer help on existing Tasks. This short video illustrate how the platform works.”

During his keynote, Secretary Bacó said, “The second best day of my tenure was when Governor Alejandro Padilla announced the restructuring of our commonwealth’s debt. Puerto Rico is a great business opportunity. Economic development will happen, but economic growth cannot happen without a balanced budget.”

According to the Wall Street Journal, Puerto Rico has been struggling with a lack of economic uptick and high unemployment for years. As a result, Gov. Alejandro Garcia Padilla called the island’s $72 billion debt unpayable, and tasked government officials to produce a fiscal plan that would help get the island’s economy out of the doldrums.

Puerto Rico is in such a poor monetary position that an economist inaccurately compared its fiscal crisis to that of Greece. Although Puerto Rico cannot declare bankruptcy unless approved by Congress, many politicians, including Presidential Candidate Hillary Clinton, support the restructuring of Puerto Rico’s debt under the US’ Chapter 9 bankruptcy rights. Hillary Clinton urged the White House and Congress to partner with Puerto Rico “by providing real support and tools so that Puerto Rico can do the hard work it will take to get on a path toward stability and prosperity.”

The Obama administration has not dedicated any resources or talked about a bailout, but Puerto Rico’s approximate $72 billion debt is not an insurmountable problem, especially with the commonwealth’s renewed commitment to economic growth. Senators Elizabeth Warren and Bernie Sanders, however, urged the federal government – the Department of Treasury in particular – to crack down on vulture funds, to convene business and union leaders, and to become creative in their ways to help Puerto Ricans in this debt crisis.

Secretary Bacó spoke of new public-private partnerships and business happening within the territory. For example, Google is piloting Project Ara in Puerto Rico, Boston Scientific is opening up a new office there, and Honewell Aerospace and the Commonwealth of Puerto Rico agreed to establish a new $35 million high-tech lab that will generate an estimated 300 jobs to the commonwealth.

The Puerto Rican Chamber of Commerce President, José Vázquez-Barquet, said, “The business sector is excited about the rhetoric coming from the Puerto Rican Government. [The government] must do its part with the structural reforms. Business is ready to do its part. Twenty-three trade organizations are putting together a document on what they can do to help our competitiveness, but we need help with Fair Labor Standards Act and temporary waiver from The Jones Act.”

Puerto Rico’s Governor Alejandro Garcia Padilla established a Working Group for the Fiscal and Economic Recovery of Puerto Rico (the “Working Group”) through an executive order (EO 2015-022). The Working Group recently published their Fiscal and Economic Growth Plan (FEGP) which projects that the Commonwealth of Puerto Rico could cut its debt in half between FY2016 and FY2020. However, to do so, there must be a voluntary adjustment of terms regarding the Commonwealth’s debt so that creditors maximize recoveries without hindering the island’s ability to provide essential services to its residents. To ensure compliance with the FEGP measures, the Working Group recommends adherence to proposed legislation known as the Fiscal Responsibility and Economic Revitalization Act (“FRERA), which mandates a control board and new budgetary regulations in Puerto Rico.

From crises come opportunities! By increasing local touch points to financial and social capital, locals will become more empowered to turn around Puerto Rico’s economy. The platform launched in late-July of 2015 has over 650 active members in Puerto Rico and around the world. The following are examples of people who have benefited from using the platform, or who have connected with opportunities in the Island:

Cristina Sumaza (One of the Co-Founders and owner of Lote 23):

Used the platform to recruit talent for new business.

Lote 23 is an urban outdoor park in the heart of Santurce, focused on a blend of gastronomy, art, and entertainment. “We hired a Business Development Coordinator to assist with the development phase of the project, including data gathering and market studies, coordinating local collaborations with artists, restaurants and partners, and managing relationships with the local community. This role also serves as a support for local permitting. Through PR Global we were able to reach a great talent pool that was aligned with our culture and vision for our project.”

Used the platform and met with other Puerto Ricans from New York who are going to help Spotery with introductions and new connections when the company starts exporting its services. Spotery is online engine for booking spaces for events and related services such as security, cleanup, insurance, and many others.

“Thanks to Puerto Rico Global we were able to connect and meet with private equity investors in New York and San Juan that were interested in our project!”

Paola Rodríguez (Marketing student at the University of Puerto Rico):

Used the platform to find internship opportunities in marketing and sales and received two offers. She accepted a paid internship offer at the StartUp Grow Social Net. She is now in charge of designing the promotional material for the social media accounts of the company’s clients as well as the design for their business cards.

Used the platform to ask for advice on how to open a coffee shop in Puerto Rico, and 13 people replied with useful information.

Two young professionals in the Diaspora who used Puerto Global and returned to Puerto Rico after being offered competitive job opportunities at Parliament Capital and at Banco Popular.

“Puerto Rico Global is going to do so much good for Puerto Rico. I cannot wait to promote it,” said attendee Nicole Acevedo, who was born in Puerto Rico and is now studying at Syracuse University. “Let’s connect on the platform!”

As long as the US government intervenes to prevent a default, Puerto Rico’s multi-sectoral involvement – along with PuertoRicoGlobal.org and ConPRmetidos – will help achieve future economic vitality across the island. If you would like to help Puerto Rico during these difficult times, become a PR Global ambassador, advisor, mentor, issue-expert, or speaker to support entrepreneurs who are trying to enter new markets. You can also help find ways for Puerto Rico to export its natural resources and become agriculturally self-sufficient. In this way a new entrepreneurial avant-garde will emerge in Puerto Rico.

“Imagine being on the cover of TIME magazine for helping to turnaround Puerto Rico,” said Secretary Bacó. “How cool would that be?”

Marquis is a social entrepreneur and web developer pursuing a career at the nexus of consumer technology, health and human services, and social innovation. At 16 years-old, he conceptualized and engineered a computer program that produced IDs used to increase school district security in Middletown, NY. At 24, Marquis was the youngest to win Massachusetts Innovator of the Year (Boston Globe) and Massachusetts Young Nonprofit Professional of the Year (MNN).

Marquis is the Founder and Director of Foster Skills, a social enterprise supported by Microsoft, AOL, and State Farm that develops innovations, like MyHome, intended to help state governments improve the child welfare system. He is also the Co-Founder and Chairman of PhysioCare.io, an award-winning healthcare startup disrupting $170B primary care industry.

Earlier in his career, Marquis worked at City Year, Massachusetts Appeals and Supreme Courts, and The White House. He also consulted in retail operations and corporate communications at Wayfair (NYSE: W) and worked for Wefunder – a Y-Combinator startup that championed the Startup Jobs Act. Marquis has coached Black Startup and Krystal Board.
Marquis was a plenary speaker at the Opportunity Nation Conference, Boston Children’s Hospital Management Forum, United Way Youth Venture Kick-Off, and his TEDx talk at Columbia University on ‘How To Build a Social Enterprise’ received 20,000+ views. He was featured in Reuters, NPR, and Forbes. Marquis blogs for Huffington Post, Harvard Business Review, and the Stanford Social Innovation Review. Besides work, he loves playing scrabble, basketball, snowboarding, dancing salsa, and reading the interdisciplinary. 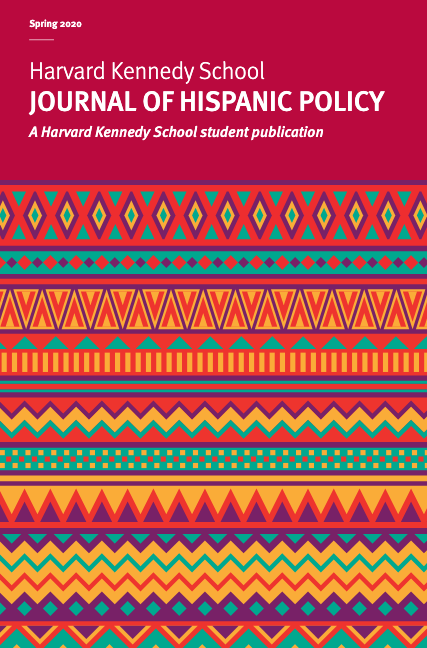