Home > Blog > Latinas Courted As Voters But Overlooked As Candidates 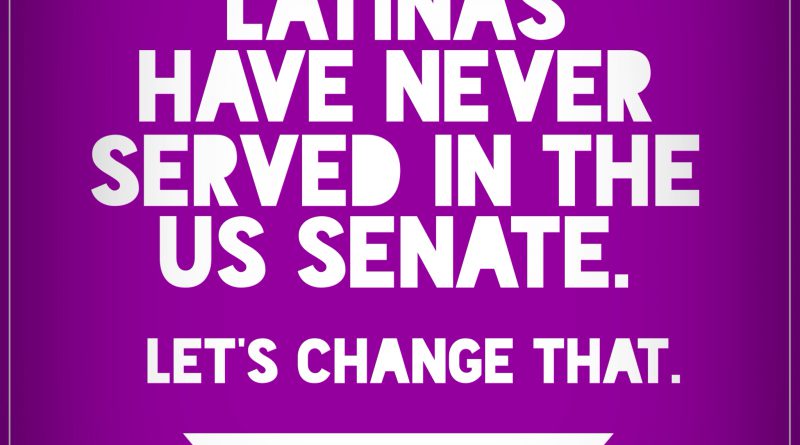 Jessica González-Rojas and Patti Tototzintle are co-chairs of the Latina Task Force for the National Hispanic Leadership Agenda, a coalition of the nation’s 40 preeminent Latino organizations. The Latina Task Force provides analysis of the coalition’s priorities through a gender inclusive lens.

Across the country, we all hear the trumpeting of Hispanic Heritage Month. Elected officials, from local leaders to the highest office in the land, have released messages of inspiration, praising the contributions of our Latina/o community. Unfortunately, the media pays less attention to one group of voices, because it is a small group when compared to others in public office: Latina elected officials.

It is important to look at the facts: Of the 8,236 seats in state and national political office, only 109 are held by Latinas; only 1 Latina has served as governor; no Latina has ever served in the U.S. Senate. More than 12,000 members have served in Congress and of those, only 11 have been Latinas. White men hold four times more political power compared to women and people of color.

Throughout our nation’s history, we have struggled to build a reflective democracy, where everyone has a voice and a seat at the table. That struggle continues today. We earnestly believe that our country benefits when our elected officials reflect the racial and gender diversity in our communities.

Now is the time to change who has access to power in order for the new American majority to be rightfully represented when making decisions that affect everyone in this country. That is why we are proud to chair the National Hispanic Leadership Agenda’s (NHLA) Latina Task Force. The NHLA coalition, which is comprised of the nation’s 40 most pre-eminent Latino nonpartisan advocacy organizations, recognizes not just the need to increase the number of Latino leaders in government, but also the need to increase and empower Latina elected officials across the country.

“While often courted as voters, Latinas are frequently overlooked as candidates.”

There are 25 million strong and growing Latinas in the United States but we are dramatically underrepresented in politics. While often courted as voters, Latinas are frequently overlooked as candidates. Together with Political Parity, NHLA launched LatinasRepresent to call out the lack of elected Latina leaders and to show support for Latinas ready for public service.

LatinasRepresent is ready to lead that change. We are working to unite stakeholders and communities around the country so that Latinas have a network of support. With all the rhetoric, money, and connections that running for office entails, deciding to take the first step can feel like an impossible task. We are committed to working together to spotlight and support current and future Latina public servants. We are studying the key barriers Latinas face when running for office, along with the specific challenges that lay at the intersection of race and gender. We are beginning to find models of success to serve as road maps for replication at state and national levels.

From Miami to Denver, we held events across the nation where LatinasRepresent was welcomed with open hearts by hundreds of eager Latinas. We learned that there is an existing pool of talented and successful Latinas who are on the sidelines of politics. To our Latina sisters we say: think about a role in public service; you are the leaders that can create change! Your knowledge, skills, and diverse perspectives are needed at all levels of government. To Latinas that are currently in public service, THANK YOU!

Join us and help us drive a national conversation about the need for increased Latina representation so that by the next Hispanic Heritage Month, we are lifting up the contributions of greater numbers of elected Latinas. We can change the political landscape of this country if we all work together.

Learn more about the movement and join us: www.latinasrepresent.org.

Jessica González-Rojas is the Executive Director at the National Latina Institute for Reproductive Health, the only national reproductive justice organization specifically working to advance reproductive health and rights for Latinas. She has been a leader in progressive movements for over 15 years.  Jessica is successfully forging connections between reproductive health, gender, immigration, LGBTQ liberation, labor and Latino civil rights, breaking down barriers between movements and building a strong Latina grassroots presence.

Patti Tototzintle is Chief Executive Officer of Casa de Esperanza, a leading organization in the domestic violence and community engagement movements. Based in St. Paul, Minnesota, the organization provides innovative prevention and intervention services and supports and is also home to the National Latin@ Network for Healthy Families and Communities, which provides training and technical assistance, engages in public policy initiatives, and conducts research on the intersections of domestic violence and Latin@ identity.