Home > Blog > The Importance of Wall Street Reform for Latinos 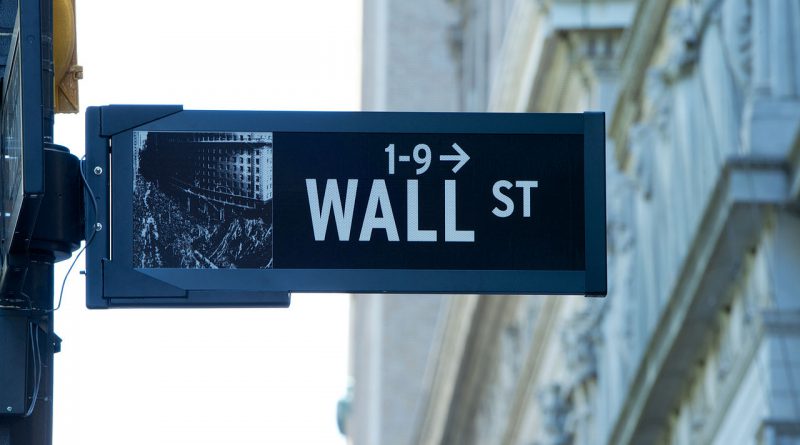 In July 2010, only five years ago, the United States (US) was emerging from the worst economic crisis since the 1930s. To prevent the Great Recession of 2008 from ever happening again, that same year, President Obama signed the Dodd–Frank Wall Street Reform and Consumer Protection Act (“Dodd-Frank”) into law. While the recession devastated all Americans, Latinos were among those most severely affected, losing two thirds of all their wealth, mainly due to plummeting housing values.  Prior to the recession, Latinos were often the target of the worst predatory lending practices as families struggled to make ends meet due to shrinking incomes and ballooning expenses. Many of these practices persisted throughout the recession, and continue to stifle Latino economic growth. Latinos must be on the same footing with every other consumer, and have access to the information necessary to make financially sound choices. According to the Director of the Consumer Protection Bureau (CFPB), created under Dodd-Frank, this is a large part of the CFPB’s mission.

Five years after the passage of Dodd-Frank, it is critical to understand how significant this reform—especially the creation of the CFPB—has been for Latinos. Dodd-Frank provides safeguards and transparency to financial markets and services that allow for sustained and expansive middle class growth for Latinos. The CFPB’s mission is indispensable in ensuring Latinos are empowered with the knowledge and tools to make informed financial decisions as they recover from the detrimental economic losses caused by the recession.

The battle over Dodd-Frank, and the CFPB, has been passionate and extensive.  The CFPB’s defenders have extolled its protections of the ideals that define a fair and just economic system. Opponents have questioned its efficacy and costs. Many Senate Democrats have celebrated Dodd-Frank’s mission and its anniversary, and President Obama has publically stated that he will veto any legislation that repeals Dodd-Frank. Yet, the CFPB, and its ability to accomplish its mission, hangs in the balance in today’s Congress. The central importance of the CFPB for Latinos, especially as a driver of economic prosperity, is unquestionable.  This is clearly illustrated by evaluating the CFPB’s accomplishments and policies in the context of how things were for Latinos before Dodd-Frank, and how things are today for mortgage lending, remittances, the non-bank market, and general consumer protection.

[su_quote]In 2005 and 2006, during the height of the subprime-lending boom, more than 46% of home loans and more than 34% of refinancing loans issued to Latinos were higher priced loans, driving a trend of trapping Latinos in unsustainable mortgages.[/su_quote]

Before Dodd-Frank, lenders often issued mortgages without certifying or confirming that borrowers would be able to repay them.  Bait and switch traps- such as hidden interest rates that started low but increased unexpectedly, penalties for paying off mortgages early, and higher-cost mortgages pushed to meet sales quotas and gain commission fees- allowed lenders to prey on borrowers. As a result, nearly 4 million homes were lost every year from 2007-2009 to foreclosures after the housing bubble burst. In 2005 and 2006, during the height of the subprime-lending boom, more than 46% of home loans and more than 34% of refinancing loans issued to Latinos were higher priced loans, driving a trend of trapping Latinos in unsustainable mortgages.

The CFPB has prohibited such unfair mortgage practices with new regulations instituting redesigned federally mandated forms that must clearly incorporate information about mortgage interest rates, monthly payments, total costs, and how interest rates may change over the course of the loan. The CFPB also requires that lenders warn consumers about potentially problematic loan features, such as pre-payment penalties and increases in monthly payments. Additionally, new CFPB rules require loan servicers to make a good faith effort to keep borrowers out of foreclosure. Finally, loan servicers who do not provide live customer service, maintain accurate mortgage records, and promptly inform borrowers when their mortgage modification application has been declined will now face civil penalties.

The CFPB has also prohibited practices that had incentivized lenders and originators to take advantage of borrowers by pushing them into high priced loans with little underwriting or verification processes. Latinos were often victimized by such practices. In an effort to end these deceptive practices, the CFPB has issued the Ability to Repay (ATR) rule, which requires lenders to verify that borrowers can repay their mortgages; the Loan Originator (LO) Compensation Rule, which prevents mortgage originators or brokers from receiving higher compensation for steering a consumer into a more expensive loan; and the Mortgage Servicing Rule, designed to help consumers address servicer errors, improve the quality of information consumers receive from servicers, and provide additional protections for consumers who fall behind on payments. These protections ensure that consumers, especially Latinos, receive sustainable mortgages when purchasing homes.

Estimated at tens of billions of dollars annually, international money transfers, or “remittances,” sent from the U.S. to Latin America are paramount to Latinos.  The CFPB recognizes that, “for many, the American Dream offers an opportunity to work hard – not only to support themselves and their immediate families, but also to help support the loved ones they left behind and may never see again.” Postal mail may be a precarious, if not impossible, method to send money to families and friends across multiple countries. Hidden fees and fluctuating exchange rates mean that consumers cannot readily determine how much money will be received on the other end. Consumers sending $200 from the U.S. to El Salvador, for example, may be charged fees ranging from 4% to 15% of the amount sent, depending on how and by whom the transaction is conducted. Many times this information is not clearly expressed or relayed to consumers. To address this issue, the CFPB has issued a rule requiring that all fees, taxes, and exchange rates be disclosed to the customer ahead of payment.  These regulations ensure that the sacrifices that millions of Latinos have made for the ability to send money back to their families are not offset by deceptive practices. The CFPB’s impact in this industry is particularly significant to Latinos given that U.S. residents are the source of nearly all remittance money received in Mexico (98% in 2012), and also drive significant volume to other Latin American countries.

Banking regulators entrusted with enforcing consumer financial laws often looked the other way at the consumers’ expense. As a result, a host of industries and practices, not subject to federal oversight, proliferated.  Because 17.9% of Latinos do not have bank accounts, compared to only 4% of non-Hispanic White households, these shadow industries served as the only access to various financial services for many Latinos. Families without bank accounts are often forced to turn to costly alternative financial services, which, until now, have lacked federal supervision. Furthermore, Latinos are highly likely to rely on predatory payday loans and high-priced check-cashing services.  In a 2013 report, the FDIC found that 48% Hispanics have very limited access to financial services. Additionally, only 2 percent of all federally-insured credit unions primarily serve Latino communities. This underserved population is forced to resort to predatory payday loans to cover the cost of emergencies and basic expenses like rent, utilities, and groceries. After covering the cost of these necessities, a borrower must then pay hundreds of dollars in interest from their next paycheck. This creates a vicious debt trap as the interest payments deplete subsequent paychecks and forces borrowers to again turn to a payday loan to cover next month’s bills. Payday loans, along with other short-term, small dollar credit products, have received significant attention from the CFPB. The CFPB found that payday loans and deposit advance products may hurt consumers who use them to make up for chronic cash flow shortages, and that consumers may not understand the danger these loans may pose. The CFPB also released an outline of its plans to regulate payday loans, vehicle title loans, and certain high-cost installment and open-end loans. Latinos without access to traditional banking products exclusively rely on the CFPB to ensure that these ulterior markets cannot function with deceptive and unfair practices as their business models.

Protection for Veterans, Students, and Consumers

It is critical for Latinos to have the requisite knowledge that the CFPB provides when making financial decisions on buying a home, managing day-to-day expenses, and paying for college. Additionally, the CFPB has returned billions of dollars to consumers through legal actions against some of the largest corporations and industries that have oftentimes made tremendous profits at the expense of Latinos by employing deceptive and unfair practices. The CPFB provides a necessary institutional voice for the Latino community to hold the financial markets and their biggest players accountable. In four years the CFPB has:

These are just a few highlights of what the CFPB has accomplished in its short history to foster economic recovery for Latinos nationwide. As Latinos make up for lost ground, it is critical to have an independent and non-partisan federal agency looking out for their interests. The mission of CFPB embodies the idea that “financial products and services represent so much more than mere transactions – they can determine the very means by which individuals live their lives and provide for their families.”  The CFPB is inextricably tied with the Latino economic recovery, and its mission remains at the core of Latino economic prosperity.

Scott Astrada currently serves as an economic policy advisor for the U.S. Senate Democratic Leadership. Before joining the Senate, Astrada served as an attorney and political appointee in the Administration of President Barack Obama in the White House Office of Management and Budget. Prior to joining the Administration Astrada completed the Congressional Hispanic Caucus Institute’s Fellowship program, working on the United States Senate Banking Committee, and for the National Council of La Raza. As a banking and mortgage finance attorney Astrada has worked as counsel and advisor to non-profit organizations, small businesses, and community economic development coalitions. Astrada holds a JD and an MBA from Marquette University, and a B.A. in English from the University of Wisconsin – Madison. Currently, Astrada is pursuing an LLM in Tax from Georgetown University Law Center.