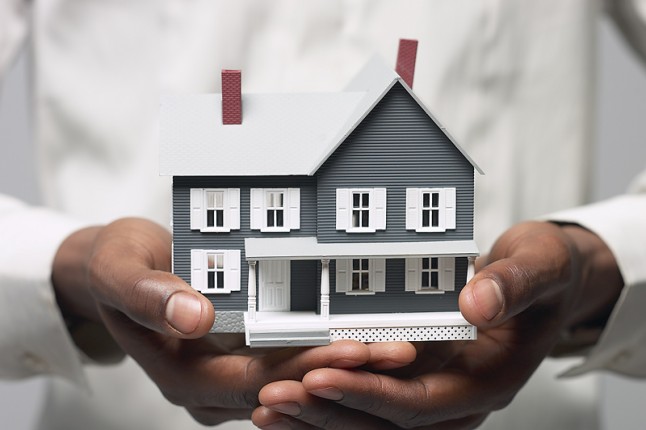 In a recent radio address, President Obama asserted that America’s resurgence is real and “[o]ur job now is to make sure that every American feels that they’re a part of our country’s comeback.” There is a general optimism that the American economy is on an upswing, slowly recovering as it emerges from one of the worst recessions since the 1930s. Yet, one of the fundamental factors that caused the recession—housing finance—continues to be a barrier rather than an opportunity for millions of Americans, especially Latinos. Although there is renewed hope stemming from multiple housing finance reform measures over the last year, political and partisan stagnation endangers any significant progress in ensuring affordable and equal access to mortgage credit for millions of Latinos.

The Effects of the Recession

In 2003, an increasing amount of financial firms began to serve the subprime mortgage market at an escalating rate. In the years leading up to the financial crisis the major banks in the mortgage market did not readily or efficiently serve credit worthy minority communities or low-income borrowers with unique credit profiles. Individuals with unique credit profiles can include those who lack traditional credit and payment history, who list multiple co-borrowers on single asset or property, and those with a primarily cash income. Latinos with such credit qualities were often labeled as unattractive to lenders who utilized automated underwriting processes and formulaic credit scoring evaluation. Thus, profit driven, high–risk, subprime and predatory lenders began to fill this market vacuum quickly, resulting in the eventual unprecedented foreclosure rates in Latino and other minority communities during the downturn.

When compared to Whites, Latinos were 30% more likely to receive high-cost loans at the height of the housing bubble when purchasing their homes. The unprecedented collapse of the housing market began in 2007, after catastrophic economic and asset losses began to cripple the liquidity and equity markets as capital all but disappeared. By 2008, housing prices were in free-fall—dropping every month for 30 straight months and slashing home equity in half for a total loss of $6 trillion. This wiped out wealth for many families and accompanied losses of 753,000 jobs per month, on average.

The effects of the downturn were unequivocal with Latinos baring the brunt of the recession in terms of wealth degradation and housing equity loss. In 2005, Latinos derived nearly two-thirds of their net worth from home equity. According to a PEW Research Center study, Latinos lost two-thirds of household wealth during the recession. The housing bust had a greater impact on Latino household wealth than other groups, as many Latinos lived in places where housing values increased sharply just before the housing crisis, and fell drastically after the crisis. With 40% of Latino homeowners who purchased their homes between 2000 and 2011 now underwater, Latino wealth has suffered irreversible damage. The household wealth that has disappeared has devastated not only the credit and financial standing of millions of Latinos, but also their mission of multigenerational wealth building and their hopes to build a better future for subsequent generations. This loss far exceeds monetary calculations, and its effects will be felt for generations to come.

The Importance of the Latino Homeowner

It is well established that Hispanics are the fastest growing minority in the country, whose influence will play an important role in the housing market. The Hispanic population in the U.S. is a full ten years younger than the overall population, and is expected to grow at a faster pace for the next several decades. Hispanic household income is also trending upward, and more Hispanics are attending college than ever before. The overall purchasing power of Hispanics will grow to $1.5 trillion in 2015 alone. As a result, the role that Hispanics will play in the housing market is expected to positively correlate with its burgeoning population growth. The National Hispanic Association of Real Estate Professionals projects that, by 2020, 4 out of every 10 households will be owned by Hispanics, and Hispanics will account for 50% of all new homebuyers. Within the next 10 years, they project that Hispanics will account for 40% of an estimated 12 to 14 million new households.

With a cultural impetus to strive for homeownership, coupled with a trillion dollars in buying power, housing finance reform and larger recovery efforts cannot afford to ignore the Hispanic homeowner. More importantly, it would be unjust for reform to ignore the Latino homebuyer, a consumer group suffering the brunt of a recession due to the financial industry’s ill placed investment bets.

The economy is on the upswing, and the stock market is surging. The end of 2014 has signaled hope for the poor and the middle classes, causing American economic optimism to be at its highest since 2007. Falling unemployment rates and increased hiring will begin to pay off in terms of wage gains for a broader population of workers. Adding to this optimism, this growth is expected to last for at least 2 more years. Additionally, thanks to rising stock and house prices, household net worth is back at a record high.

Although housing prices are on the rise, the housing market remains flawed, as it is not efficiently serving moderate and low-income communities of color. Housing prices in many urban markets with concentrated minority populations are once again outpacing income. At the same time, credit standards continue to tighten, and according to U.S. Department of Housing and Urban Development Secretary Julian Castro, home loans are too hard to get. Potential homebuyers who are creditworthy but low-income are adversely impacted by an overcorrection of today’s lending standards. As a result, mortgage credit is currently available to only the strongest credit customers who have FICO scores over 760, down payments above 20%, and the capacity to buy jumbo loans. Although it has been widely acknowledged that tightening credit standards to prevent harmful products, and denying loans to unworthy credit borrowers is essential, today the regulations are overly restrictive, and in turn are stifling access to mortgage finance.

It is important to remember that the collapse of housing prices did not, in itself, cause the global financial crisis. The financial crisis was caused by the interconnectedness between housing prices and vast quantities of derivatives based on those prices, and on the value of the loans taken out to finance them, held by global investors and financial institutions trying to hedge themselves against the risk of a downturn in housing prices. Put directly, the private sector heavily bet that housing prices would indefinitely continue upward, and hedged this bet with billions of dollars of obscure financial products that were, at best, reckless and ethically dubious.

Private sector funding surpassed government issuance of housing finance capital by a wide margin leading up to recession, with the volume of subprime products issued by private lenders going from about $20 billion in 1995 to over $450 billion in 2005. In fact, Fannie and Freddie began their large-scale purchases of subprime loans in 2004-2005 in response to a significant loss of market share to private institutions. When house prices started to fall, it was the collapse of the financial integrity of this globally interconnected web of financial institutions that brought the economy down to its knees.

We thus cannot continue to shift the consequences of the recession disproportionally to Latino and financially vulnerable populations who were either victims of predatory lending, or who were one of many players in a systemic failure of checks and balances.

Passage of a housing finance reform measure that includes the priorities of the Latino population would be a key policy milestone as it would expand consumer protections, ensure sound investment principles (e.g. protecting the American tax payer), and set the foundation for generations of Latinos to access one of the fundamental pillars of the American dream—homeownership. Additionally, it is an essential step toward ensuring that Latinos have the opportunity to benefit from the economic recovery by facilitating access to homeownership.

Scott Astrada currently serves as a political appointee in the Administration of President Barack Obama in the White House Office of Management and Budget. Prior to joining the Administration Astrada completed the Congressional Hispanic Caucus Institute’s Fellowship program, working on the United States Senate Banking Committee, and for the National Council of La Raza, on the Economic and Wealth-Building Initiative teams. As a banking and mortgage finance attorney Astrada has worked as counsel and advisor to non-profit organizations, small businesses, and community economic development coalitions. Astrada holds a JD and an MBA from Marquette University, and a B.A. in English from the University of Wisconsin – Madison.