Home > Commentaries > Commentary: What Would America be like Without Hispanics? 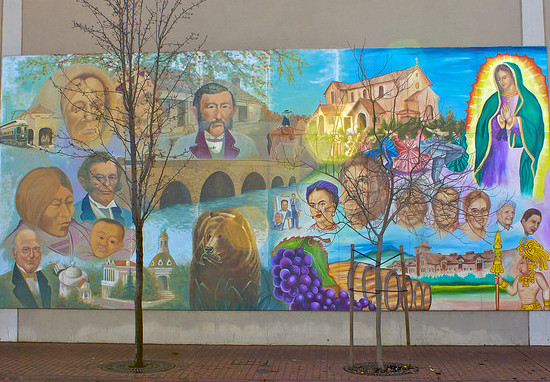 Author: Stephen Balkaran, is an Instructor in the department of Philosophy & Political Science at Quinnipaic University

Famed African American author Ralph Ellison once posed an intriguing question: What would America be like without blacks? Not only did Ellison show the socio-economic and cultural contribution of African Americans, but he also questioned what America would have been if Africans and their descendants did not shape and define America. Ellison not only showed that America’s historical, political, economic and cultural definition was contributed to by African Americans, but also reminded us that America has continued to evolve as a country of immigrants.

Recent debates now surround the “Browning of America,” the continuous reshaping of America and its Hispanic influence. Many of us fail to grapple that America has always been Hispanic.

Yet, Hispanics have contributed to every avenue of American life since the inception of this country. Hispanics’ origins have played a key role in our country’s socio-economic, political and cultural development and many argue: What would America would be like without the presence of Hispanics and their influence?

Hispanic culture can be traced in the United States for more than 500 years when California, Mexican states, Florida and the Southwest were discovered by Spanish explorers. Hispanic culture has firm roots in St. Augustine, Florida and what is now New Mexico before the English arrived at Jamestown in 1607 or before the Pilgrims dropped anchor in Massachusetts Bay in 1621. Not only did Hispanic culture help shape and define America’s early political development, but they have also played an important role in helping to secure the birth of the new republic: AMERICA.

During the American Revolutionary War, Bernardo de Galvez, governor of the Louisiana Territory, sent gunpowder, rifles, bullets, blankets, medicine and other supplies to the armies of General George Washington in support of America’s cause. Once the war began, Galvez, along with support and reinforcements from Spain’s Cuba, Mexico and Puerto Rico, fought valiantly to help defeat British troops. Hispanics continued to play a vital role in every military conflict – in every war, in every battle and on every battlefield.

What would our country’s political history be without Hispanics? The Hispanic presence in the election of President James Polk in 1844 and his future policy of annexation of Texas, the stolen land, the creation of the artificial border the Alamo, the great Southwest, and the Compromise of 1850 all help define our American history. The Treaty of Guadalupe Hidalgo, which ended the Mexican War, enabled the United States to gain Texas, New Mexico and Upper California, making way for the vast expansion of American land, but also a cultural history like no other. Some 20,000 Hispanics fought in the Civil War, some serving in the 1st Florida Cavalry, others serving in the Union forces in Connecticut, New York and Massachusetts. From the first battle in Fort Sumter to the last battle in Palmito Ranch, Texas, Hispanics served in the Civil War. Hispanics have always met the challenge of serving America with commitment and admiration in the midst of the great American Split.

Likewise, Dr. Hector P. Garcia fought peacefully for the dismantling of segregation signs, racism and discrimination in many Mexican American communities in the great Southwest in the 1940s and 50s. He served as a role model for many Americans, from creating the Mexican American GI Forum in 1948, to his appointment as United States Ambassador to the United Nations, to the first Mexican American to given the Presidential Medal of Freedom by President Ronald Reagan in 1984.

What would our first African American President campaign slogan “Yes We Can” be like without the Cesar Chavez and Dolores Huerta who coined the term “Sí, se puede” in the 1972 during the farm workers strike? Without the Hispanic struggle for economic equality, the term may not have had any importance.

The growth of the Hispanic electorate is an important factor in the increasing number of congressional races across the country. Both our political parties have redefined their political agenda to cater to the Hispanics ever growing presence.

According to the Democratic Party, “Hispanics are a swing vote; they are no longer a base vote of our party. Though we can all agree that it is the democratic agenda that will help Hispanics live a better life, we need to tell them in a compelling way. When we speak to them we can move them our way; they can break the Republican Party.” According to the Republican Party, “given the size, growth rate and the distribution of Hispanics, it is safe to say that if we do not respect their voting power, they can change the future of elections.” America’s future whether socio-economic or political is tied to the future of Hispanics.

At the same time, at no other time in our history has a debate on immigration divided the nation on its true values and rich tradition of freely welcoming immigrants.

The immigration debate has generated so many divisions in society that it has become the “Civil rights debate of 21st Century. ” Never in American history has immigration become such a divisive issue where policymaking and the electoral process goes hand-in-hand. Moreover, how both parties handle the issue of comprehensive immigration reform will have a serious impact on Hispanic political behavior and future presidential elections. The growing presence of the Hispanic community will have profound political consequences and future immigration policy agendas will play an important part in the political process.

What would America’s economic prosperity be like without defining the buying power of Hispanics? CEO of the U.S. Hispanic Chamber of Commerce Michael Barrera said, “the Hispanic consumer market here in the U.S. is actually as big or bigger than the GDP of Mexico or Canada. We’re the second largest economy in North America.”

According to Linda Jacobson, director of the Population Reference Bureau, “with growth will come increased economic clout; already Hispanics are an economic force and because they are growing in numbers that won’t change, corporate America is taking notice.”

From the Cuban rhythms in South Florida to the Puerto Ricans, Dominicans, Peruvians, Bolivians, Columbians and other cultural influences in New York City, Chicago and Boston to the Mexican culture found in the great Southwest, Texas and California, America’s cultural history would not be the same.

What would the ever-changing American music be without the influence of Hispanics? From Jose Feliciano reminding us of “Feliz Navidad” to Celia Cruz, Carlos Santana defining much of the 60’s and 70’s to ever present Hispanic musical trend that embraces the great Southwest, West Coast, Midwest to the East Coast that continues to define who we are as Americans.

America must acknowledge and respect the contributions of Hispanics in every aspect of our society. At the same time we must also come to terms that we are a nation of immigrants. The economic, political and social-cultural influence of current immigrants is far more beneficial to the nation than our media critics make them out to be. Hispanics are fast becoming the new foundation of our country’s economic, political and social-cultural power.

“No other immigrant group in the history of our great nation has the potential to redefine America. Remember “we did not cross the border: the border crossed us.”