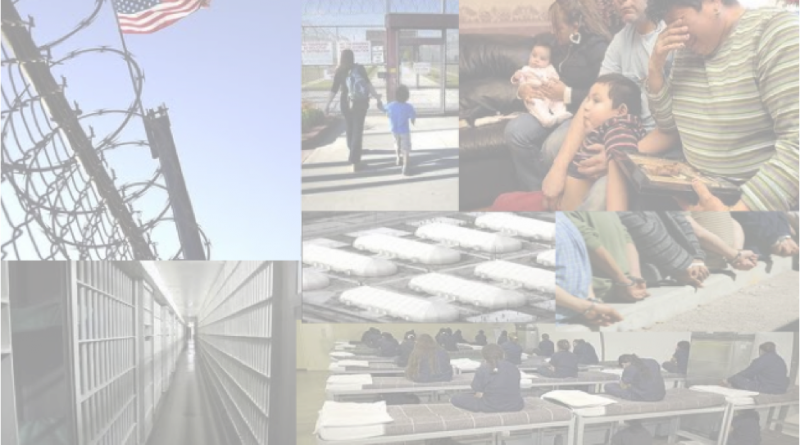 Latinos voted for Barack Obama in throngs in 2008. The landslide turnout of Latino voters was due in large part to the promise of comprehensive immigration reform. I was among those Latinos. Many of us knew that change would not come easily, but we did not expect the plight of immigrants to actually worsen—as it has under the radical expansion of the federal program Secure Communities.

According to the Immigration and Customs Enforcement Agency (ICE), Secure Communities utilizes a “biometric information sharing capability to . . . identify aliens in . . . custody” (ICE 2013). In essence, Secure Communities enables local law enforcement agents to help ICE facilitate deportations by identifying persons who have committed crimes, regardless of gravity, as well as by providing records of persons who have been stopped, fingerprinted, and found not to have committed any criminal offense.

THE CURRENT STATE OF DEPORTATIONS IN THE UNITED STATES

Since President Obama came to office in 2008, deportation numbers in the United States have reached historic highs, rising to nearly 400,000 in fiscal year 2011 (ICE 2012). During President Obama’s first term in office, approximately 1.5 million people were deported (Ibid.), prompting many to refer to President Obama as “Deporter-in-Chief” (Llenas 2012).

Secure Communities’ expansion—which advanced ICE’s goal of executing 400,000 deportations per year, as well as a little-known congressional directive, the so-called “bed mandate,” requiring ICE to hold an average of 34,000 detainees per day (see Consolidated Appropriations Act of 2012)—has caused many more persons to be put into our nation’s broken immigrant detention system. Today, immigration detention facilities are the fastest growing incarceration system in the country, and the Department of Homeland Security (DHS) now detains more people on an annual basis than any other state or federal agency (Koulish and Noferi 2013). In the past decade, approximately 3 million noncitizens were detained in immigration detention centers (Gavett 2011). This mass incarceration comes at great cost not only to the thousands of impacted families, but also, quite literally, to taxpayers and cities, counties, and states.

Although the budget for detention centers has increased rapidly in recent years, the funding of these centers remains highly contentious. Various states, such as Texas and Arizona, have complained that they are being forced to cover the costs of incarcerating undocumented persons for ICE (Foley 2011). The cost of enforcing Secure Communities—specifically, of holding undocumented immigrants who would be released if not for “detainer requests” from ICE—to Los Angeles County alone is $26 million per year (Greene 2012).

In 2012, DHS incarcerated over 429,000 noncitizens who were awaiting immigration hearings or deportation, costing taxpayers over $2 billion that year (Koulish and Noferi 2013). In 2012, the Obama administration spent approximately $18 billion on immigration enforcement, “significantly more than it’s spending on all the other major federal law enforcement agencies combined” (Preston 2013), and approximately fifteen-times greater than what was spent on immigration enforcement in 1986. (Ibid.; Migration Policy Institute 2013).

WHAT DOES SECURE COMMUNITIES HAVE TO DO WITH OUR BROKEN IMMIGRATION SYSTEM?

The dramatic surge in deportations, which has so burdened cities, states, and taxpayers, is due in large part to Secure Communities, which has not only accelerated the funneling of people into the immigrant deportation system, but has also furthered the criminalization of immigration violations in the United States. Today, under the Secure Communities regime, something as simple as a traffic stop can serve to jumpstart the deportation machinery.

However, Secure Communities has not come without resistance from some states and localities. For example, in October 2013, Governor Jerry Brown of California signed the Trust Act, which authorizes local police departments to detain noncitizens for ICE only if they have been convicted of a serious or violent felony. The Act also limits the amount of time that local authorities can hold persons for ICE. The signing of the legislation dealt a harsh blow to the legitimacy of Secure Communities.

Individuals detained for immigration violations are technically in “civil detention,” meaning that they are incarcerated to ensure their presence at immigration hearings and compliance with immigration orders, not to be punished or “incapacitated” for any criminal offense. Once incarcerated, however, immigration detainees often spend months or years behind bars, and many are separated from their families—including U.S.-citizen children and spouses—by vast distances while awaiting their hearings. A 2009 ICE report found that only eleven percent of detainees had committed a violent crime, while the majority were “characterized as low custody, or having a low propensity for violence” (Schriro 2009). DHS’s enhanced information capabilities should be employed to allow judges and ICE to consider flight-risk and risk to public safety to make more just, and rational, determinations regarding bond and detention.

Today, undocumented persons caught in civil immigration detention do not benefit from the constitutional safeguards that protect defendants in the criminal justice system, even while their incarceration looks uncannily similar to that of the criminal system. Deplorable conditions in immigrant detention facilities are not the exception, but the rule. A series of Detention Watch Network reports (2012) identified the ten worst facilities, where people recounted “waiting weeks or months for medical care; inadequate, and in some cases a total absence, of . . . outdoor recreation time or access to sunlight or fresh air; inadequate and nutritionally lacking food; [and] the use of solitary confinement as punishment.”

Additionally, detention centers are often extremely remote, meaning that family members have to employ herculean efforts to visit persons in detention, and access to attorneys in incredibly limited (Detention Watch Network et al. 2012). While individuals wait in detention for immigration hearings, many often lose their jobs, livelihoods, and homes. Both men and women report numerous instances of sexual and physical abuse, and complaints of racial epithets and discrimination are common. Often, immigrant detention facilities do not even meet the United States’ own minimum standards for correctional facilities (See Detention Watch Network 2012).

There are a number of alternatives to detention that are more humane and more economical than the current system. Examples include home arrest, electronic tracking, and community supervision. Alternatives such as these cost approximately $14 or less per person per day, compared to the current cost of about $160 per day (Koulish and Noferi 2013).

Secure Communities is part of a larger push for “smart and effective enforcement” via the enhancement of infrastructure and technology (DHS 2011). DHS, through its enhanced information capabilities, now allows for local law enforcement to make more accurate and reliable “risk-assessments” of civil immigration detainees. When assessing risk, ICE considers both an individual’s risk of not showing up for his or her immigration hearing (i.e., flight-risk), as well as his or her risk to public safety. ICE’s improved risk-assessment capability should enable the development of a system that utilizes detention only as a last resort, and that respects the sanctity of the family while ensuring taxpayers that their money is not being wasted.

HOW DO WE RECONCILE SECURE COMMUNITIES WITH COMPREHENSIVE IMMIGRATION REFORM?

The Latino community has seen a glimmer of hope in the increased prospects for comprehensive immigration reform. Although the immigration bill is currently stalled in the House of Representatives, many Latinos across the nation have viewed the progress earlier this year—as well as the intense lobbying efforts by both immigrant rights activists and the business community—as signs that there may be light at the end of the tunnel for our nation’s 11 million undocumented persons.

However, despite the optimism surrounding comprehensive immigration reform, it is alarming that Secure Communities—and the criminal nature of our country’s broken immigration detention system—has been absent from the reform dialogue. The Senate’s bipartisan reform bill, S. 744, is a clear example of this troublesome fact. The bill does not mention Secure Communities at all, which is problematic given that the federal government intends for Secure Communities to become mandatory in all U.S. jurisdictions by the end of 2013. It also ignores the criminal nature of detention in America, as well as many facilities’ deplorable conditions.

As the country moves forward with comprehensive immigration reform, we must urge policymakers to address the flaws of Secure Communities and the broken state of our immigration detention system. If done right, we have the opportunity to utilize Secure Communities’ enhanced information capabilities to create a detention system that is more effective, more economical, and more aligned with our nation’s values.

Department of Homeland Security. December 21, 2011. Highlighting Our Progress in 2011. Available at https://www.dhs.gov/sites/default/files/publications/opa/2011-dhs-progress.pdf

Greene, Judith A. 2012. The Cost of Responding to Immigration Detainers in California.
Preliminary Findings. Justice Strategies. Available at http://www.justicestrategies.org/sites/files/publications/Justice%20Strategies%20LA%20CA%20
Detainer%20Cost%20Report.pdf