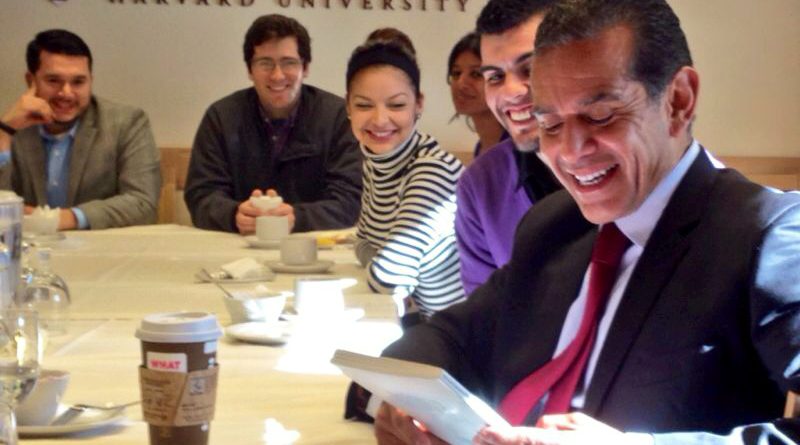 
October 25th, 2013 – Welcome to the policy cast of the Harvard Journal of Hispanic Policy. This year Antonio Villaraigosa stepped down after two terms as the mayor of Los Angeles. In a city where Hispanics have become the predominant ethnic group, making up approximately half of the city’s 10 million residents, he represents a watershed in the city’s politics – Mr. Villaraigosa was the first Hispanic mayor in the city’s modern era. He has been identified in national circles as a potential star and rumors have it that he is eyeing a run for the governor in the near future. Last week he came to the Kennedy School as a visiting fellow at the Institute of Politics. We caught up with Mr. Villaraigosa in the middle of a hectic week, I asked him about his vision for mayoral control of the Los Angeles schools and if he intends to be involved in the push for comprehensive immigration reform in Washington.